LAUNCHING THE FIRST JOURNAL to be devoted exclusively to breastfeeding medicine is an action taken with considerable thought and unharnessed anticipation. Since the development
of the Academy of Breastfeeding Medicine at a meeting house on the edge of the campus of
Stanford University in California in 1994 at the hands of seven brave souls—each of whom put forth much time, considerable effort, and a sizable amount of money—these founders (with the support of five additional investors) often have contemplated the need for a separate journal on the subject. Originally, it was felt that breastfeeding science should be in the mainstream of medical contemporary literature in the flagship journals of obstetrics, internal medicine, pediatrics, family medicine, public health, and epidemiology lest the subject fail to catch the eye of the ordinary scientist and clinician.

A dozen years later, these premier journals are unable to publish the tremendous flow of
good scientific articles being prepared by laboratory and clinical scholars in the universities and clinics of the world. Many established and respected authors are waiting months and even years to publish their work and young investigators are becoming discouraged because they are being crowded out entirely. Although both private and governmental funding agencies still provide less than adequate financial support, the future should brighten with a broader opportunity to publish clinical and scientific
advances in the field. 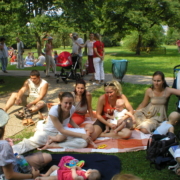