Methods: Standardized records of mother-baby dyads representing 115 consecutive healthy, full-term, breast-feeding newborns delivered vaginally of mothers receiving epidural anesthesia were analyzed and compared with 116 newborns not exposed to maternal epidural anesthesia. Primary outcome was two successful breast-feeding encounters by 24 hours of age, as defined by a LATCH breast-feeding assessment score of 7 or more of 10 and a latch score of 2/2. Means were compared with the Kruskal-Wallis test. Categorical data were compared using the Mantel-Haenszel chi-square test. Stratified analysis of potentially confounding variables was performed using Mantel-Haenszel weighted odd ratios (OR) and chi-square for evaluation of interaction.

Conclusions: Labor epidural anesthesia had a negative impact on breast-feeding in the first 24 hours of life even though it did not inhibit the percentage of breast-feeding attempts in the first hour. Further studies are needed to elucidate the exact nature of this association.

A cikk teljes szövege a The Journal of the American Board of Family Practice oldalán olvasható. 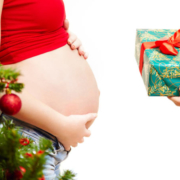 Excretion of citalopram in breast milk

The Use of Psychotropic Medications During Breast-Feeding

Medications in the Breast-Feeding Mother

Ankyloglossia: Assessment, Incidence, and Effect of Frenuloplasty on the Breastfeeding...Randomized Clinical Trial of Pacifier Use and Bottle-Feeding or Cupfeeding and...
Scroll to top